Deepwave Digital is proud to announce that their sensor has concluded certification testing to become a critical component in the 5G Citizens Broadband Radio Service (CBRS) network: the first commercial spectrum sharing network. The Deepwave team has implemented a deep neural network on their Artificial Intelligence Radio Transceiver (AIR-T) that is capable of detecting, classifying, and reporting the presence of naval radars with extreme accuracy.

Today, Deepwave Digital's partner Key Bridge Wireless announced the conclusion of their Environmental Sensing Capability for the Citizens Broadband Radio Service (CBRS) in a press release. “We have leveraged the latest methods in AI and deep learning to create a sensor that correctly identified every radar signal variant in the certification test suite with extremely high accuracy,” said John Ferguson, CEO of Deepwave Digital. ”Our detection algorithm was trained on tens of thousands of radar variants spanning the entire parameter space. We have coupled this software with our embedded, NVIDIA GPU-based software defined radio. This allowed us to demonstrate that AI is a commercially viable solution to detect and discern current and future incumbent radar waveforms.” 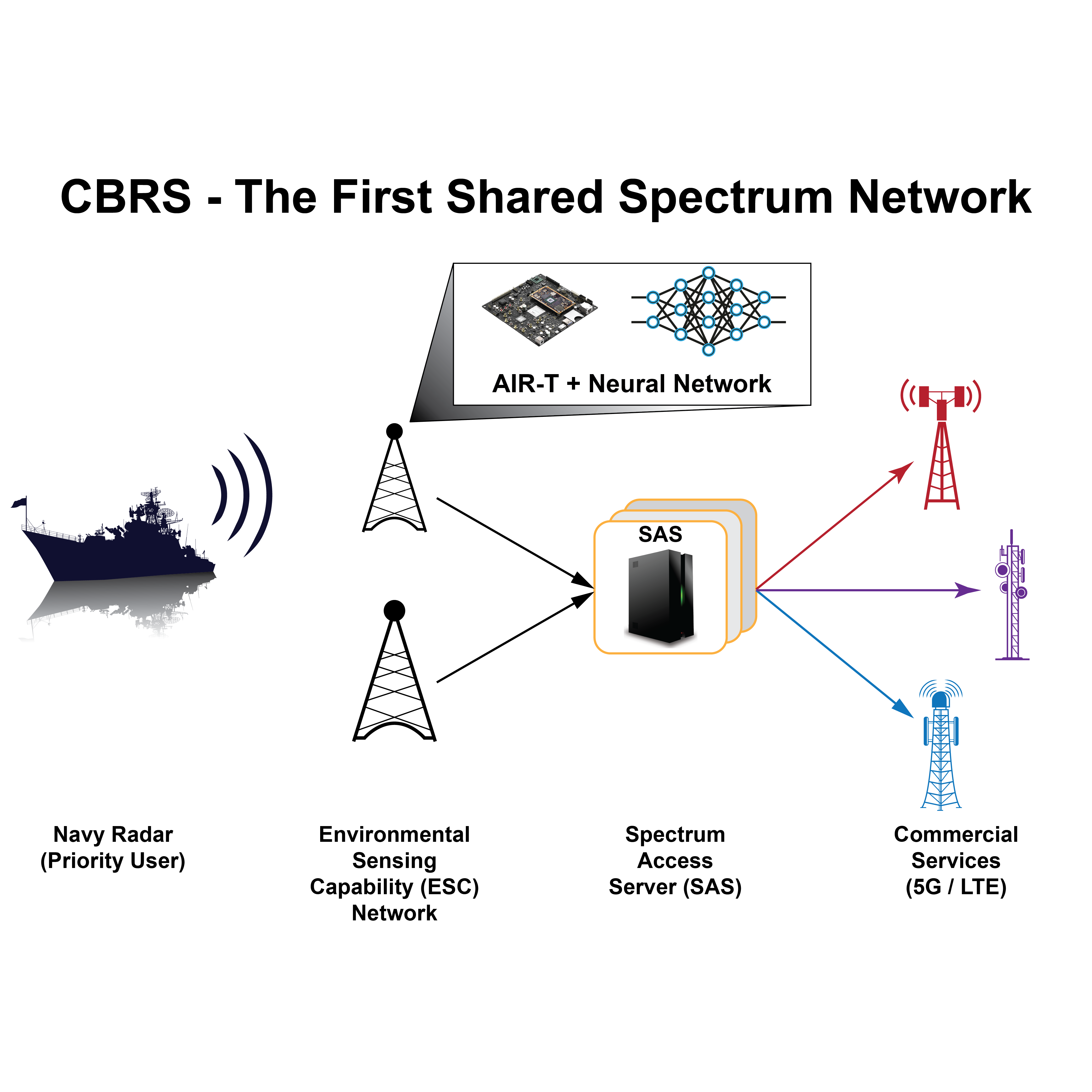 Historically, spectral bands have been assigned for specific applications. The CBRS network changes this paradigm by allowing the 3.5 GHz band to be utilized for both naval radars and commercial services such as LTE. A critical component in the CBRS network is the Environmental Sensing Capability (ESC) sensor. This sensor provides the ability to detect and discern the Navy user. If it does not detect a Navy user, the downstream network will provide access to the 3.5 GHz band for commercial services such as LTE. If the ESC does detect a Navy user, the band will not be available to commercial services.